If you’re a Google Messages user, you likely love that you can react to specific RCS messages using an Emoji. It’s a lot easier and simpler to append 😍 to someone’s message than it is to write out an actual response.

The problem, though, is that Google Messages reactions are currently limited to just seven choices: 👍,😍,😂,😲,😢,😠, and👎. While those are all good choices, they don’t apply to all situations. What if you want to respond with an Emoji that signifies “I don’t know”? Or maybe one that signifies “that makes me hungry”? There’s nothing in those seven choices that would work.

Thankfully, it looks like Google is getting ready to rectify this. As spotted by 9to5Google, certain beta users of the Messages app are seeing a new set of choices on the flyout bar that appears when you long-press an RCS message. The new menu swaps out the 👎 and replaces it with a new icon that brings up the full Emoji picker. This would allow you to react to a message with any of the hundreds of available Emojis — not just seven.

Google Messages reactions: When will they land?

9to5Google actually spotted this in September in one of its APK teardowns. However, this is the first time we’ve seen this tested on the beta channel. Considering the wide appeal of this feature and the speed at which it’s getting tested, there’s a high probability it would make it to the stable version of the app.

We would expect this to become a standard part of Messages in the coming weeks. However, we’ll need to wait for Google to formally announce these Google Messages reactions before we can say anything for certain.

Save up to 44% in Roborock’s Black Friday deals

What classic titles should Disney revive after Willow?

Secret Black Friday Deals: Every Year, Amazon Hides a Few in Your Echo 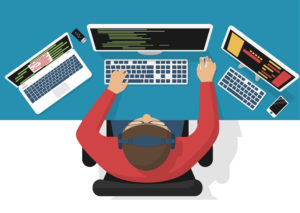