The London-based tech startup Nothing has launched its first smartphone, the Nothing Phone (1). Those who had pre-ordered the smartphone could purchase it in the first sale conducted from 9 PM on July 12, 2022. Those who didn’t pre-order can get a unit in the general sale that will take place from July 21, 2022.

Now, there are a lot of reviews and opinions about the smartphone floating on the internet. Technology YouTubers and publications have expressed their thoughts about the device depending on their bias and perception of the company. However, customers are not getting a clear answer about whether they should buy the phone or not.

As soon as customers receive the device, they will be surprised. The Nothing Phone (1) comes in a rather unique packaging, which looks like a paper-packed gift box. They’ve actually covered the retail box with a layer of paper that has Nothing’s mascot on it. The package is slimmer than any other smartphone box customers would have seen as it only contains the smartphone and a charging cable. Moreover, the pull-tab opening box provides a satisfying feeling, but there is nothing much to explore inside the box. 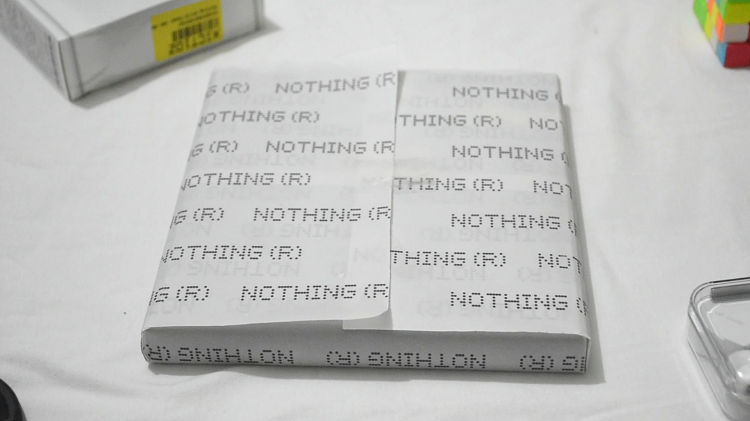 However, we would like to take this opportunity and highlight that the Flipkart box in which the smartphone came had almost no padding or support – something that could be improved with units to ship in the future. Though, there were no signs of damage on the retail box of the smartphone.

Nothing Phone (1)’s design is what separates it from the sea of similar-looking smartphones on the market. The back panel of the smartphone is made of glass, revealing the carefully placed internal components, along with the Glyph Interface. The side panels of the smartphone are made with aluminium and the bezel-less display gives it a refined look. In hand, the smartphone feels premium. However, the placement of rear cameras and the overall look design look similar to the iPhone. The smartphone comes in two colours: Black and White and we were able to get our hands on the Black model during the first sale that was conducted on July 12, 2022.

In day-to-day usage, the smartphone does not fall behind its competition. It is important to mention that the company has used UFS 3.1 storage and LPDDR5 RAM, giving Phone (1) an edge over most smartphones in the segment. Considering the price, the Phone (1) chipset, i.e., Snapdragon 778G+, provides excellent performance. Users can play games like BGMI at ‘extreme’ frame rates on ‘Smooth’, and the highest setting available is ‘HDR’ at ‘Ultra’ frame rate.

Coming to the display, the Phone (1) features a large 6.55-inch OLED display that supports a 120Hz refresh rate. Users can set the refresh rate to auto, and the device keeps changing it between 60Hz and 120Hz. Further, the bezels on all the sides of the Phone (1) display are symmetrical, a characteristic that is not common on Android phones. While the colours produced by the display and its viewing angles are good enough, some users might not like the 500 nits peak brightness, especially in outdoorsy conditions. 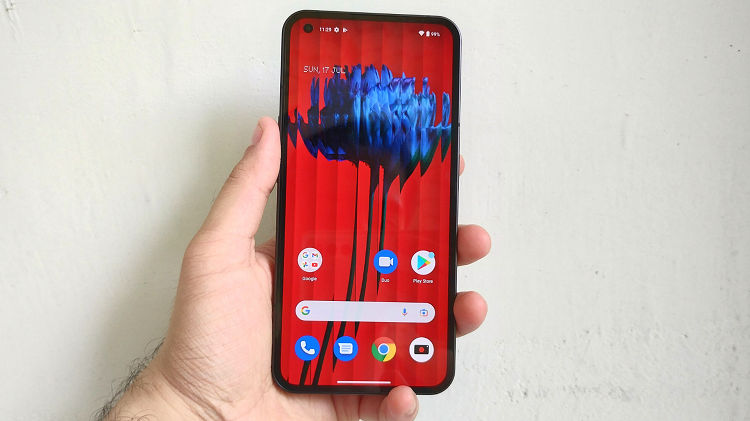 Talking about the camera, the smartphone is equipped with two 50MP sensors. The primary Sony IMX766 sensor clicks good images in well-lit environments and stable videos at 4k 30fps. The images that come out are sharp, clear and look natural. However, when it comes to the secondary camera, it is simply not able to live up to expectations. As soon as one jumps from the primary to the secondary sensor, there is an evident colour shift.

Overall, the images clicked from the secondary camera are not exceptional but acceptable. While clicking photos from the 16MP front camera, we noticed that the device aggressively brightens the face and the areas around it when HDR is enabled. Nevertheless, Nothing can work on the image processing for the secondary rear camera and improve within the following updates. 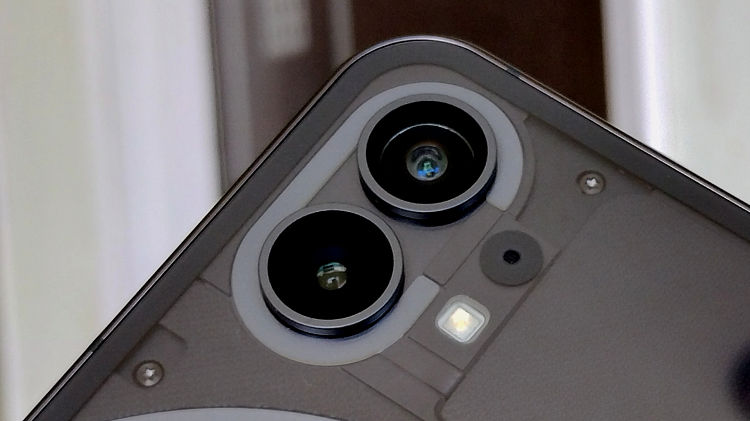 Now, let’s talk about the battery and charging. The 4,500 mAh battery on the Nothing Phone (1) takes slightly over an hour to charge with the 33W fast charger, and we’ll get back to this in a bit. But first, it’s important to mention that even though the smartphone has an average battery, the effective battery life is above average. Users can expect a screen-on time between six to seven hours on moderate usage.

The smartphone had to be charged four times in three days of moderate to heavy usage with a single SIM and Wi-Fi connection. Plugging in the smartphone for about thirty minutes charges up 40 to 50% of the battery. Additionally, the Nothing Phone (1) also supports wireless charging, which is more like a bonus feature.

Let’s address the elephant in the room first – the Glyph Interface in Phone (1). At first glance, it looks very refreshing – LED lights on the back of a smartphone – how often does one see that? And there is more to it. The lights are synchronised to glow in different patterns and frequencies, which can be controlled from the Settings menu on the smartphone. In addition, customers can use the Glyph lighting setup as a fill light for clicking images and videos.

The bottom part of the Glyph Interface lights up to reflect the battery percentage when charging. The LED strips surrounding the wireless charging coil light up while reverse charging a phone. All these touches do feel innovative and will please enthusiasts. Although the Glyph Interface is unlike anything we have seen on the market, it is only visible when the phone is facing downwards. Most of the time, when the phone is facing upwards, all the important information is available on the screen, and hence, one might not notice or need the Glyph system. 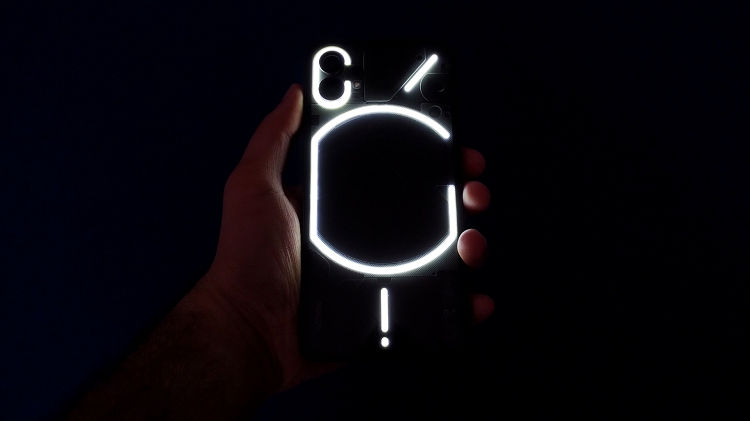 Out of the box, the Nothing Phone (1) runs on NothingOS; a minimal skin applied on Android 12. Most UI elements are borrowed from stock Android, however, touches like the signature font on the lock screen, the settings menu and the camera interface feel different. In general, users won’t face any issues locating handy settings such as Wi-Fi or flashlight as the Notification Centre is well designed. So far, we haven’t found any bugs or glitched in the software.

Who should purchase the Nothing Phone (1)?

Nothing Phone (1) differentiates itself from other smartphones in the industry through its unique, flashy design. However, not every user would like to have LED light strips on the back panel of their smartphone. Hence, the device appeals to enthusiasts and young users, which is a pretty sizable market.

Secondly, users looking for a decent mid-range smartphone, not a flagship, should consider the Nothing Phone (1). It simply does not make sense to compare the Phone (1) with iPhones which are twice as costly, especially regarding specifications. Customers should understand what Phone (1) is and then make an informed decision.

Those willing to spend around Rs. 30,000 to Rs. 35,000 should go for the 8/256GB smartphone variant. For this price, users get a great display, a decent pair of rear cameras, a stable and reliable mid-range processor, and the unique build that the Phone (1) brings to the table. 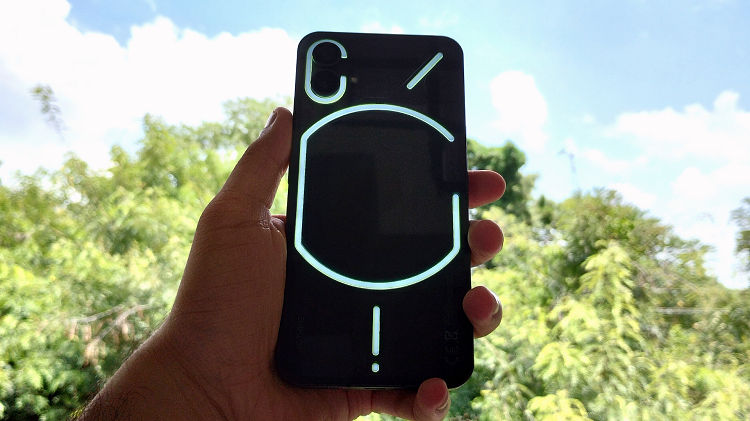 What smartphones does the Nothing Phone (1) compete?

When it comes to design, there is nothing like the Nothing Phone (1) on the entire market. Leading smartphone manufacturers like Samsung and Apple do not manufacture a smartphone with a transparent glass back. As a matter of fact, all these companies have been launching new models with the same design language for a couple of years.

While none of these smartphones look as fresh as the Nothing Phone (1), some are better at certain things. For instance, the iQoo Neo 6 has a better performance and charging rate. The Galaxy S20 FE 5G features a telephoto lens and clicks excellent images, and the OnePlus Nord 2T is slightly more affordable. Whereas, Phone (1) ticks almost all the boxes.